The Cutest Apex Predator I Know

The answer to the riddle of the last post is, of course, the Island Fox (Urocyon littoralis).  Specifically the Santa Cruz Island Fox. 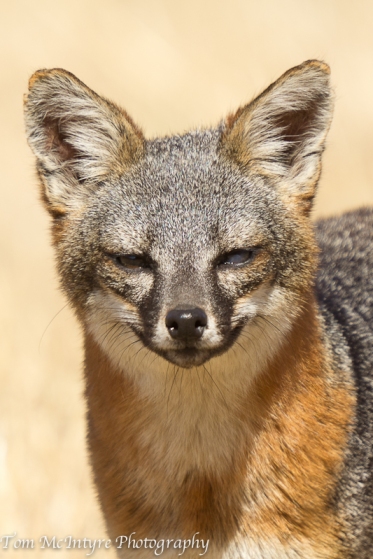 Let’s talk about the Island Fox.  It’s fascinating.  It’s also frustratingly cute.  At 2/3rds the size of its mainland ancestor, the gray fox it is one of the smallest canids in the world, but the largest land predator on the island.  They are fluffy, playful, curious, compact, and fearless.  I love them. 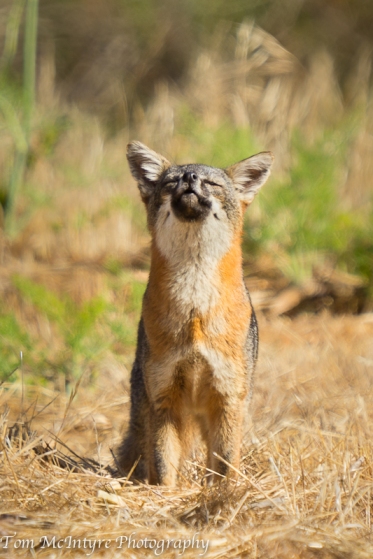 Once upon a time the Island Fox ruled over it’s kingdom.  Each island had it’s own population size generally related to the size of the actual island.  Santa Cruz was home to one of the largest populations.  Historically at a stable 1500 individuals the Island Fox was thriving.  People began showing up on the islands and it put a bit of pressure on the foxes, but nothing they couldn’t handle.  They are intelligent and adaptable and found ways around people and the newly created large swaths of grazing land.  Yet alas, despite their fortitude they were not invincible and that which defines them as cute and unique became their downfall. 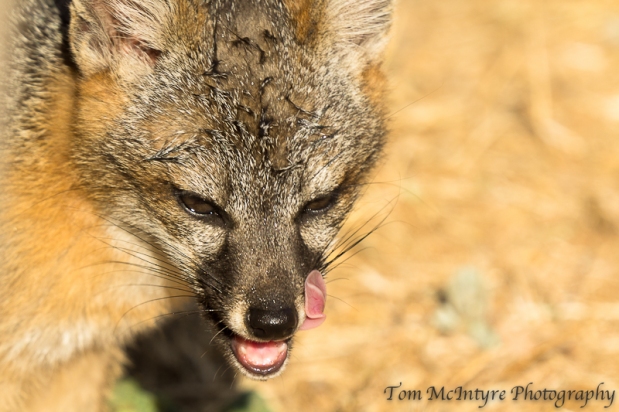 Having no natural predators the Island Fox had no fear.  It was the apex predator around and it knew it.  Unlike it’s mainland counterpart it didn’t need to hunt in the safety of night.  It is diurnal with its highest activity in the mornings and evenings.  In the 1990’s due to DDT and some other factors the non-fox threatening Bald Eagle (which mostly scavenges with eating the occasional fish) was replaced by the Golden Eagle.  An avian tour de force which sees a small fox as a light snack.  No-fear-fox was faced with a take-no-prisoners-predator. 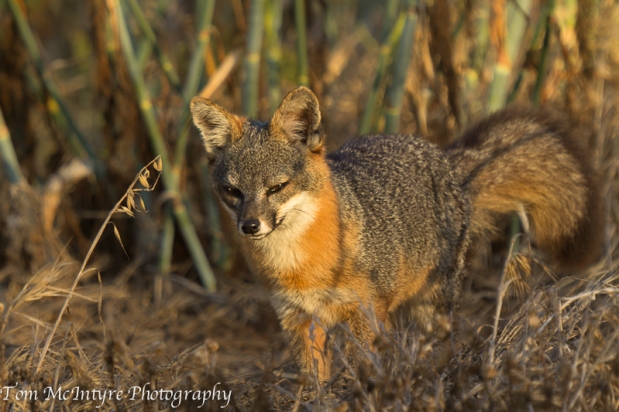 The foxes once stable numbers of around 1500 individuals plummeted below a mere 80.  That’s a drop of 95%.  The Island Fox was all but extinct.  But The Nature Conservancy and the National Park Service refused to give up on these poor balls of adorableness.  Through what has been considered one of the most coordinated, organized, intelligent, and tireless recovery programs to date they were able to remove all the resident Golden Eagles, re-establish Bald Eagles, remove the non-native wild sheep and boar and began reintroducing captive bred foxes.  Today the island is free of resident Golden Eagles, all ungulates, and the fox population on Santa Cruz is once again thriving at a strong estimated 1300 individuals.  Amazing work, and proof that with proper, swift and relentless action we can in fact bring a species back from the edge of extinction. 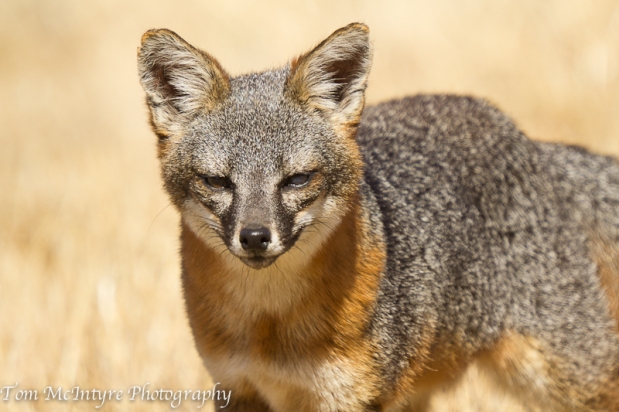